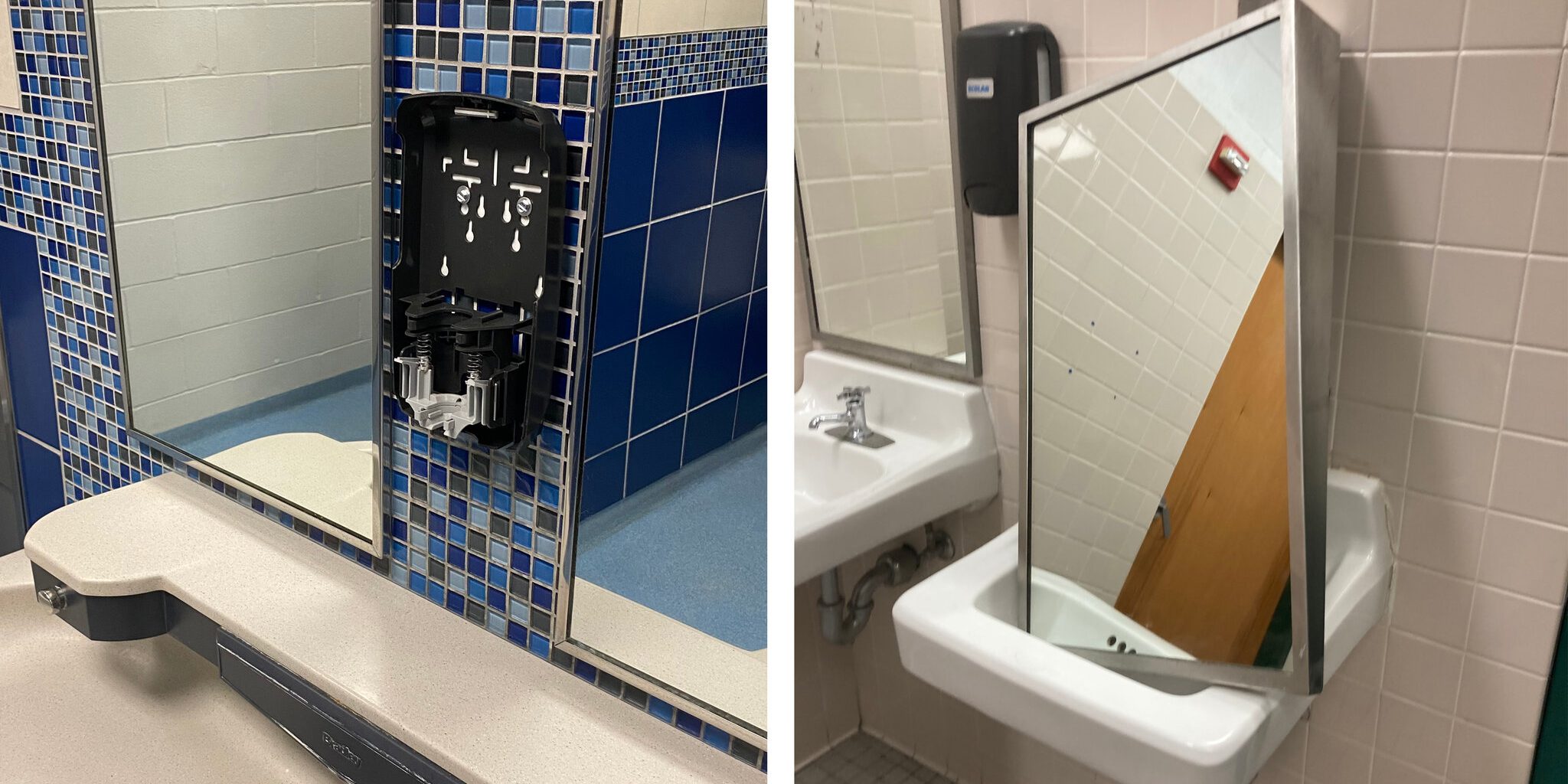 One of the recent trends, that at least in the US is garnering support from teenagers, is under the hashtag of #deviouslicks. A series of acts of theft and vandalism which are causing havoc in schools and resulting in damage to public and private property that will cost a lot of money to put right. According to this article in the NY Times this latest prank is being aired mainly on TikTok and involves the idiotic damage and stealing of “soap dispensers, bathroom mirrors, paper towel holders, fire alarms and even a teacher’s desk”. Inevitably someone will have to pay for this and schools are insisting that parents be responsible, and in some cases are also pushing for criminal charges, for these vandalic acts. As is the case with other puerile pranks like these social media has played a huge part in how this type of behaviour catches on and spreads like wildfire. Schools are trying to react – albeit too late – by banning bathroom breaks and warning students, which are only fueling the pranks. For their part TikTok are attempting to put a stop to this type of content by deleting some of these memes and redirecting hashtags to community guidelines, but as in recent debates about the role of social media, these actions are assisting in improving profitability of the platforms as more and more children join the fold and seek out similar content. They are really not doing enough to stem the spread of such inappropriate behaviour. More self-control of platforms is needed and legislation to protect school property.